It is impossible to deny just how popular espresso is around the world. According to some sources, espresso – after water – is the second most..

It is impossible to deny just how popular espresso is around the world. According to some sources, espresso – after water – is the second most consumed beverage in Italy. Moreover, in the fall edition of its National Coffee Data Trends report, the National Coffee Association states the second most popular specialty coffee beverage in the US is espresso, behind the latte.

Although there are many reasons why espresso is so prominent around the world, its quick preparation and unique sensory profile remain two of the most prominent. Since the debut of the first patented espresso machine in 1906, traditional European-style espresso culture has long remained popular with coffee drinkers for more than 100 years.

However, as an industry, we have to ask ourselves: is espresso culture changing in specialty coffee? And if so, what might it look like?

To find out, I spoke with three coffee professionals. Read on for more of their insight into the future for espresso.

You may also like our article exploring the evolution of manual espresso machines. 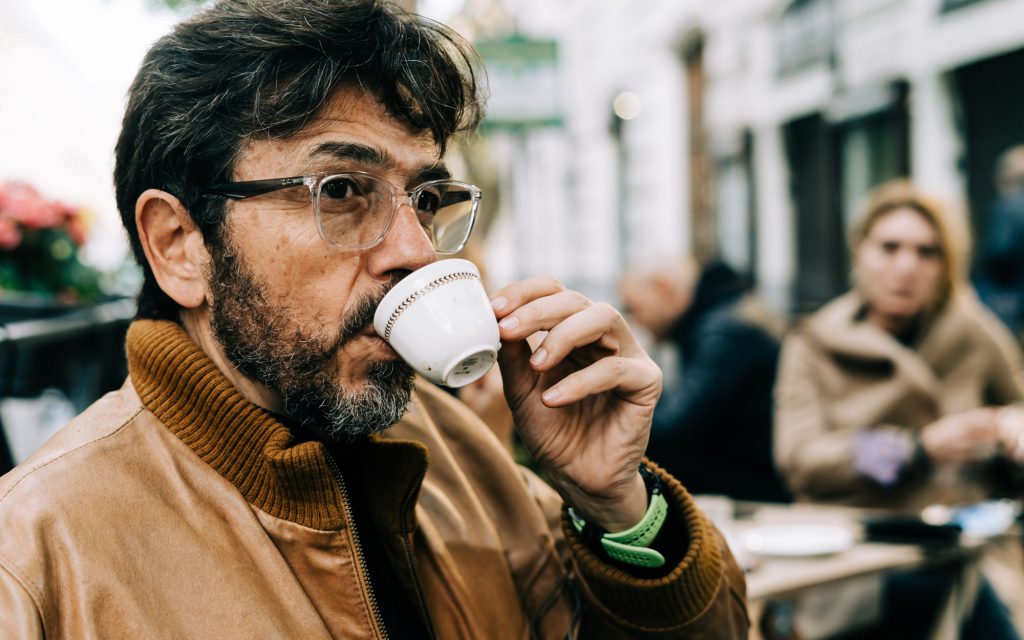 Looking back at traditional espresso consumption

The espresso machine was invented in Italy, so it’s no surprise that traditional espresso culture is largely associated with the country. In fact, in early 2022, Italy’s Ministry of Agricultural, Food, and Forestry Policies filed a UNESCO application to preserve espresso’s Italian roots and identity – one of several that the country has submitted over the years.

Since 1911, the price of a “cup of coffee without service” (effectively an espresso consumed while standing at the bar) has been defined as an “essential” item in Italy. Historically, this has meant that local authorities have regulated the price of espresso.

However, these price regulations effectively ended in the 1990s, but the Italian association of espresso bar owners still encourages its members to set a standard price for espresso.

In turn, the price of a single espresso has remained at around €1 for some time now (albeit with some fluctuation depending on where you are, as prices in the north tend to be higher than in the south). This makes espresso consistently affordable for the vast majority of people in the country.

Price is such a hotly debated topic that earlier this year, one Italian specialty coffee shop was fined €1,000 ($1,056) for not adequately displaying the price of its €2 decaf espresso.

As part of traditional Italian coffee culture, most people quickly drink their espresso standing at the bar, rather than sitting down and drinking their beverages over a longer period of time.

Matthew Lewin is the Director of Sales at ONA Coffee. He is also the 2019 Australian Barista Champion.

“[As an industry], we should acknowledge how Italian coffee culture has influenced espresso consumption,” he says. “Traditional espresso culture will always remain popular because of its history, as well as consumer preferences.”

In Italy, the vast majority of people prefer darker roasts with more intense, bold, and bitter flavour profiles, and many espresso bars use arabica-robusta blends, which gives the coffee more body and a notable intensity.

Professor Jonathan Morris is a Research Professor in Modern European History at the University of Hertfordshire. He is also the author of Coffee: A Global History.

“As the specialty coffee sector has grown, there has been a growing disparity between traditional Italian-style espresso and specialty-grade espresso,” he says. “While the former is usually roasted darker, the latter tends to include lighter roasts which highlight more of the coffee’s innate qualities – such as fruitiness and acidity.

“However, more traditional coffee drinkers sometimes perceive specialty coffee to be too sour or ‘different’ to the coffee they are used to,” he adds. 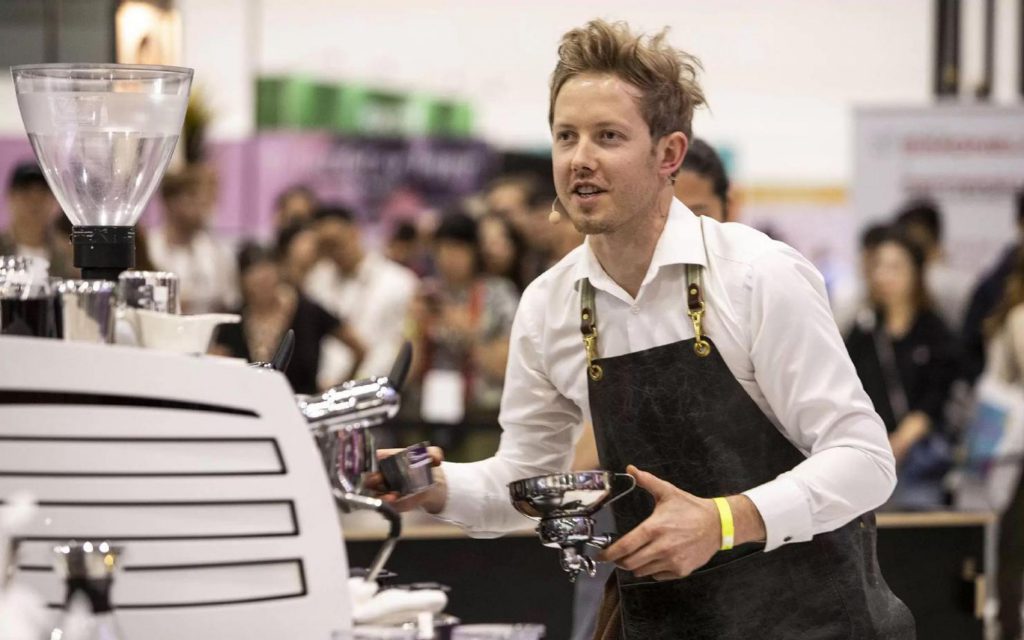 How is espresso changing?

For the most part, specialty coffee favours light to medium roast profiles – including for espresso.

Hidenori Izaki is the founder of Qahwa, a coffee consulting agency in Japan. He is also the 2014 World Barista Champion.

He tells me that he doesn’t always necessarily agree with the specialty coffee sector’s preference for lighter roast profiles.

“I don’t always understand why specialty roasters and coffee shops are so critical of darker roast profiles – we should celebrate both light and dark roasts,” he says. “I think one of the reasons why coffee is so popular is because consumers are able to choose which flavours they like, which is often the result of the roast profile.

“Coffee has been part of Japanese culture for more than 100 years, and even though third wave coffee became more prevalent in the country around 2015, most consumers still prefer dark roasted coffee,” he adds.

However, the apex of specialty coffee culture has moved firmly in the other direction – with plenty of innovation in how espresso is roasted, sourced, and served.

Matthew explains that trends like this can lead to “espresso-specific coffee”. To achieve this, he says there needs to be a more holistic approach which should begin at origin, rather than in roasteries or coffee shops.

“Producers can identify certain species or varieties to be used as espresso, and can then apply controlled experimental processing techniques using certain strains of yeast,” he tells me. “This could lead to much sweeter espresso, with multi-layered textures and better clarity and balance.

“In my opinion, these qualities are essential to making excellent espresso,” he adds.

Matthew mentions that using coffee species and varieties which are naturally low in caffeine – notably eugenioides, Coffea liberica, Laurina, and Aramosa – could help baristas to extract espresso which is less bitter.

The rise of blends

As well as more exclusive coffee species and varieties, we have also seen more and more WBC competitors use blends in their routines. At the 2021 competition, Australian competitor Hugh Kelly used a 50:50 blend of eugenioides and liberica for his milk-based beverage.

In light of this, Jonathan believes that espresso blends will start to become more popular in the future of specialty coffee as they have more widely – similar to more traditional espresso, but made with higher-quality coffee.

“Despite the somewhat complicated relationship between specialty coffee and espresso, we are beginning to see a return to the art of blending,” he explains. “Some specialty coffee shops have a tendency to only serve single origin espressos because of the higher value placed on traceability.

“However, today, we are seeing more roasters show their skills by blending high-quality coffee, and in turn creating new experiences for consumers,” he adds. 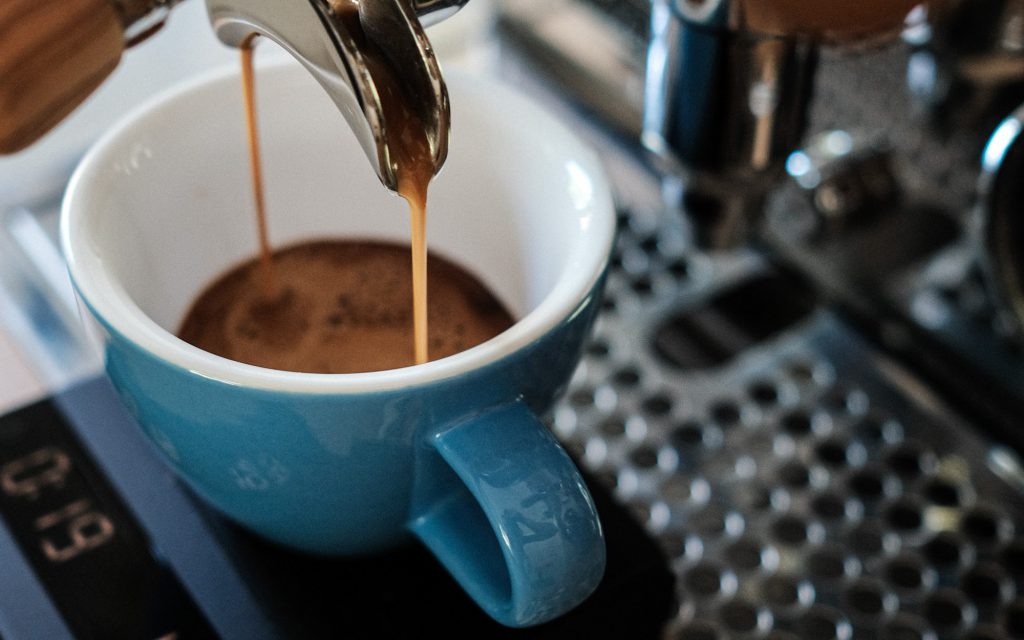 The changing face of espresso in coffee shops

When considering the future of espresso, it’s also important that we take into account the effect on the customer experience.

Hidenori believes that the recent rise of super-automatic espresso machines could help espresso become more accessible to a wider range of consumers.

“It’s remarkable to see how much super-automatic machines have evolved over the past few years,” he tells me. “Many of them are designed to produce high-quality espresso and well-textured milk.

“In the near future, less skilled baristas could be replaced by super-automatic espresso machines,” he adds. “In turn, baristas may need to hone their skills even further, and take on roles similar to that of Michelin star chefs [or sommeliers].”

Matthew, meanwhile, emphasises that in order to diversify flavours in espresso – and thereby the consumer experience – baristas need to understand more about extraction variables.

“Compared to filter, espresso is one of the most challenging brewing methods if you want to taste the nuances in a coffee,” he explains. “It’s much more difficult to express all of a coffee’s subtle flavours as espresso.

“Baristas need to understand more about grind size and distribution, as well as flow rate, so they can extract better espresso in a more controlled way,” he says. “In turn, we can also offer customers a much wider range of sensory experiences with espresso in the future.”

Experimenting with grind size for espresso has been a topic of interest for some time now.

In the 2020 research paper Systematically Improving Espresso: Insights from Mathematical Modeling and Experiment, Assistant Professor of Chemistry at University of Oregon, Christopher Hendon, extracted espresso using a lower dose, coarser grind size, and shorter extraction time. In his findings, Christopher found that many of the coffee’s desirable qualities were still preserved – despite the non-traditional extraction variables.

While this research is insightful, most coffee shops are yet to adopt similar practices.

Hidenori, however, emphasises that more unique ways of extracting and serving espresso could also create new experiences for coffee drinkers. He uses ONA’s reserve list as an example.

“The reserve list includes exceptional coffees which have been frozen to preserve their freshness,” he explains. “Some of these coffees were frozen several years ago – it makes you feel as though you are reading a specially-curated wine list.

“In these cases, single-dose grinding for espresso can really help to enhance the flavours in more experimentally-processed coffees and rare varieties,” he adds. 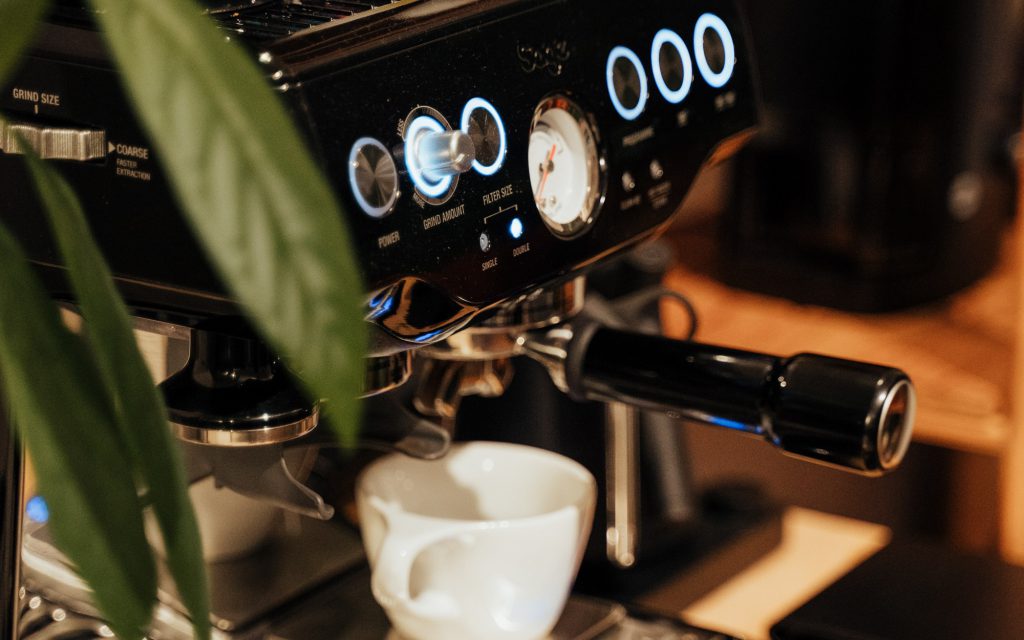 What about making espresso at home?

In recent years, the home espresso machine market has evolved significantly to meet the changing needs of home baristas.

“For a long time, the market was largely composed of consumers who had to be prepared to spend substantial amounts of time and money on high-end semi-commercial equipment,” Jonathan says. “Meanwhile, those who simply wanted to brew good espresso soon discovered that it was very difficult with entry-level machines.”

However, with the quality and accessibility of home espresso machines continuing to increase, we may see the prevalence of the “home barista” continue to grow in the future.

“Over the past few years, we have seen more affordable and accessible domestic espresso machines enter the market, which ultimately makes it easier to brew café-quality espresso at home,” Jonathan adds. 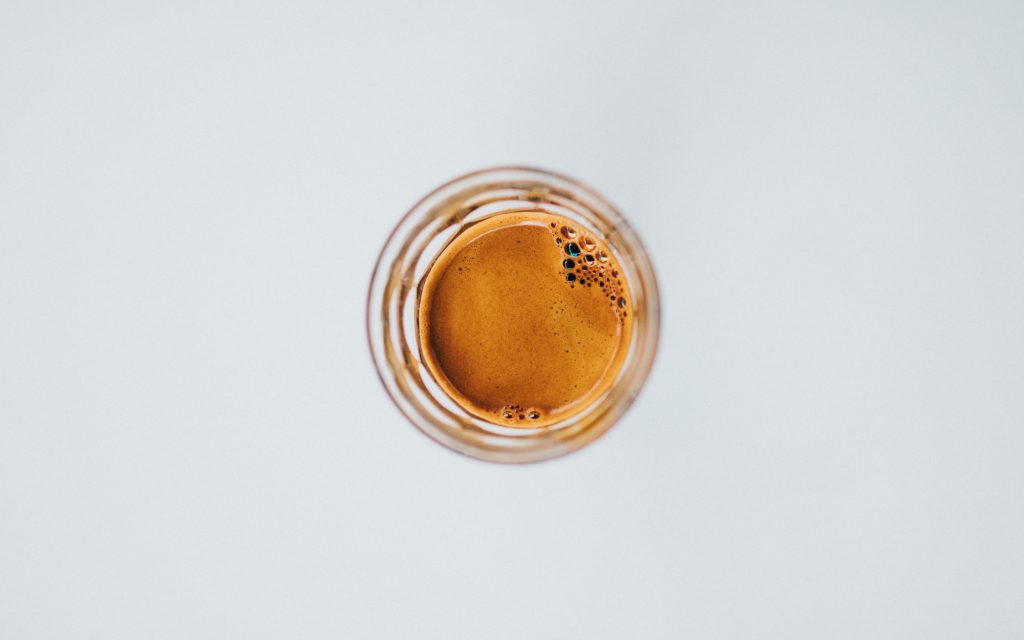 From its beginnings in Italy to its role as a vehicle for innovation in specialty coffee, it’s clear that espresso has come a long way since the late 19th and early 20th century.

“We’re on a path now where we’re creating different styles of espresso for the future – both at farm level and in coffee shops with frozen coffee,” Matthew explains. “It’s the barista’s job to serve espresso which can be approachable, but that can also create an experience beyond traditional expectations.

“Customising and controlling the extraction of each coffee is key,” he concludes. “Baristas need to optimise each sip to allow the coffee to shine through, which in turn means the customer can connect with the coffee.”

Enjoyed this? Then read our article on whether we need to rethink the relationship between grind size and coffee extraction.

The post What’s the future for espresso? appeared first on Perfect Daily Grind. 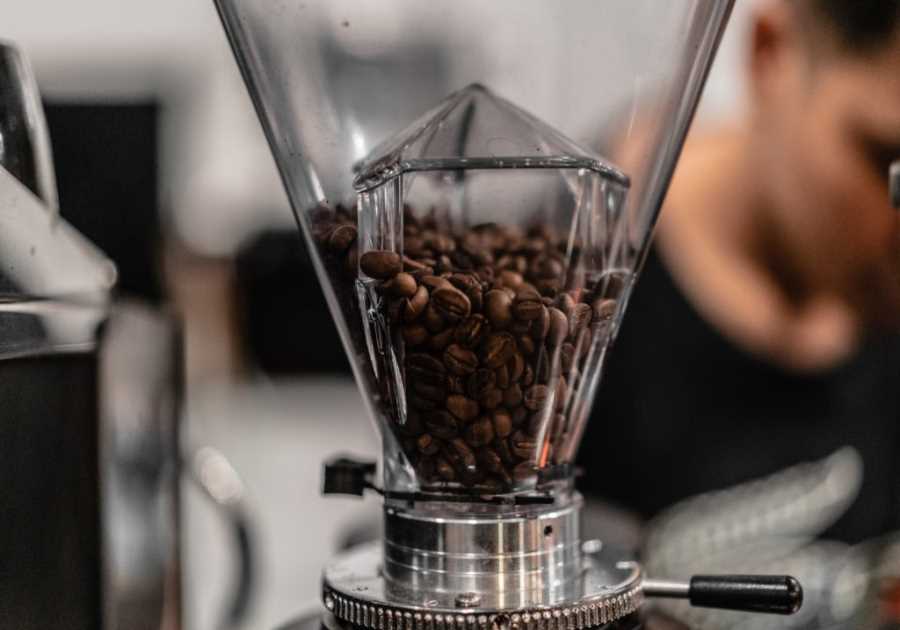 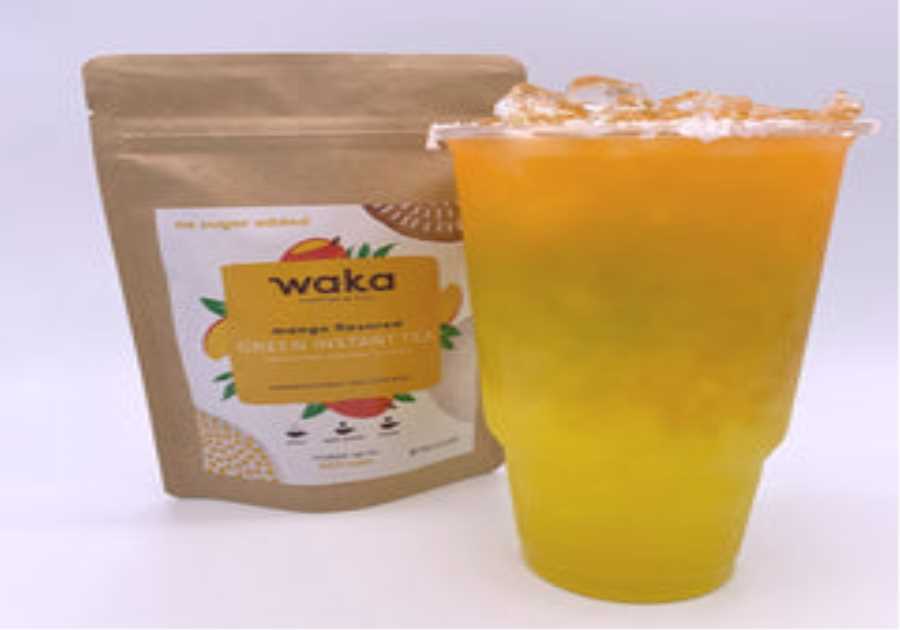 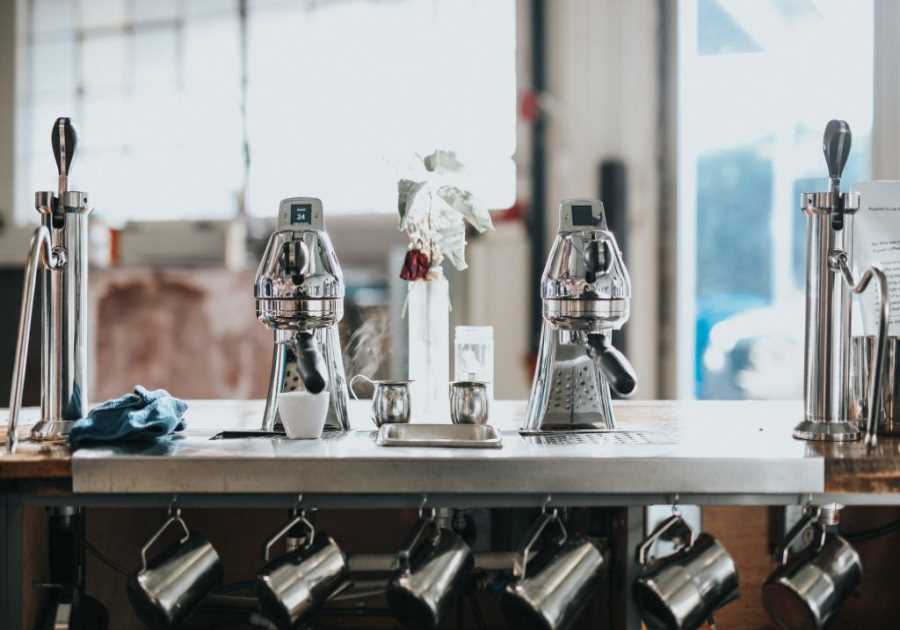 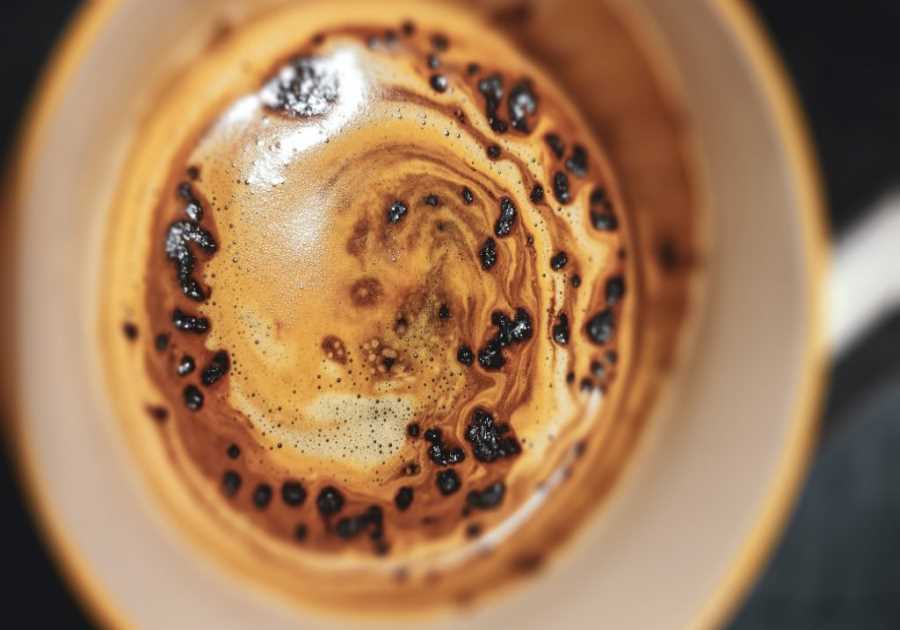 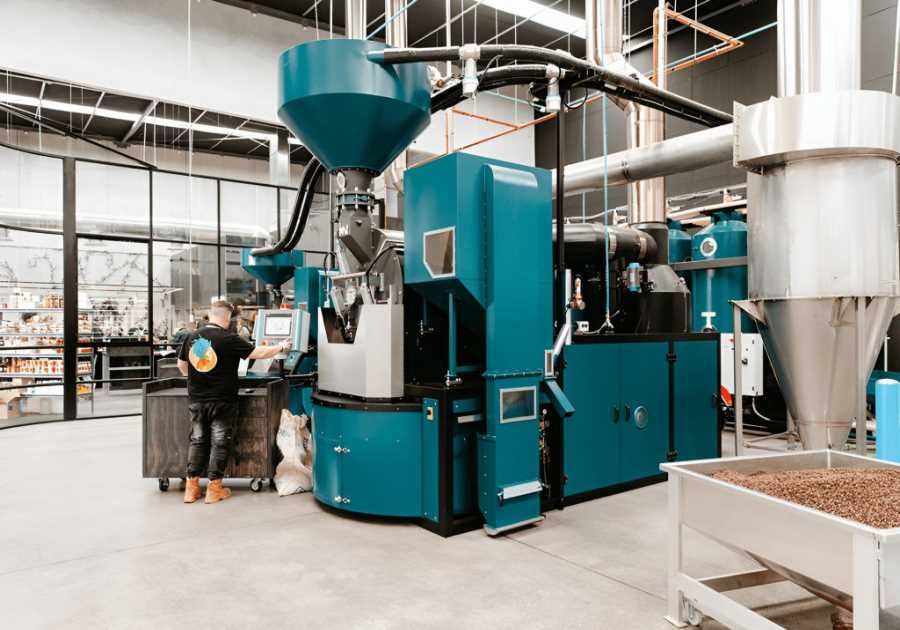 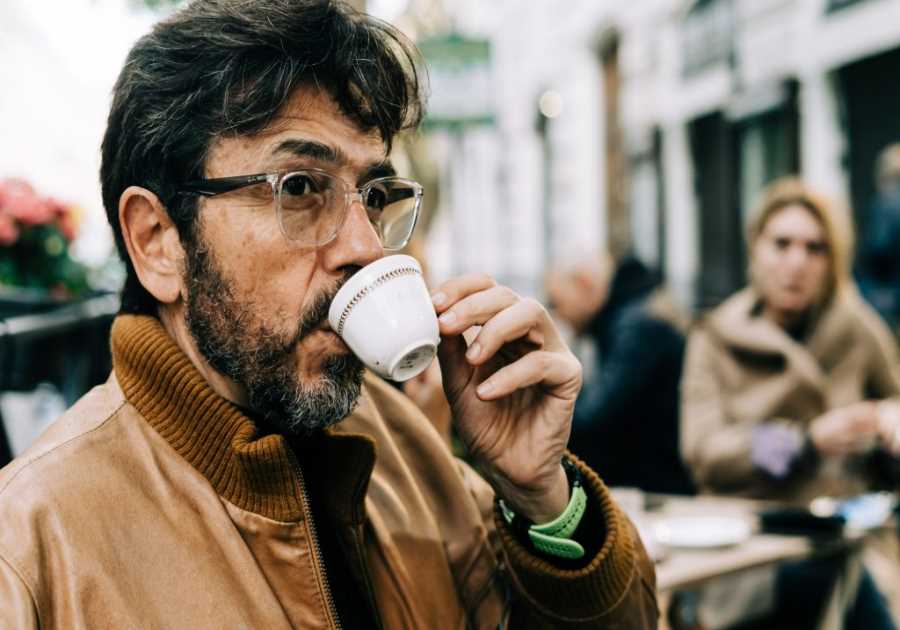